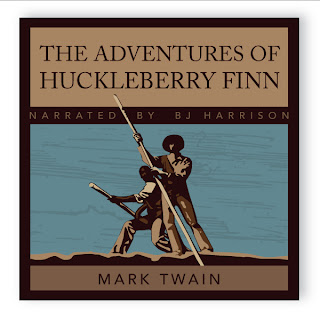 Twitter's all a twitter. Facebook's in a frenzy. Yea, there's another case of Bowdlerizing classic literature afoot - and all of cyberspace seems to be up in arms.

Even The Wall Street Journal is covering the removal of a racial epithet from a new version of Huckleberry Finn, planned by an Auburn University Professor and Mark Twain scholar. Alan Gribben's new edition, published by NewSouth publishers, will apparently change Twain's usage of "the n-word" to the word "slave." Per the WSJ, Gribben's argument is as follows:

“This is not an effort to render “Tom Sawyer’ and ‘Huckleberry Finn’ colorblind,” he said. “Race matters in these books. It’s a matter of how you express that in the 21st century.”

As you can imagine, the commenters in cyberspace are going, well, berzerk. Cries of "shame!" "revisionism" and "censorship" abound. (One particularly funny comment to the WSJ article was by Sammie, who wrote "Smoking and chewing tabacco [sic] has also been replace in the book with playing Nintendo.")

Ok, I hear you, people. But at this point, I'm like, Huckleberry, Schmuckleberry.

It's not because I don't think issues of racism in classic children's texts aren't important. A few months ago, I wrote about my own discomfort with the portrayal of Native Americans in the Little House on the Prairie series and referred back in that post to Phil Nel's excellent blog on race and children's literature.

It's not that I think that censorship in literature is ever appropriate. I actually feel very seriously about the responsibility of writers to protect the power of words. In the words of Nobel prize winning poet and playwrite Wole Soyenka, "Books and all forms of writing are terror to those who wish to suppress the truth.”

The reason I'm wearying of the Huckleberry Finn debate is that, in protesting this sanitization of Twain's text (my favorite comment: censorship is boring.) some of the voices in the blogosphere are protesting what I feel is the wrong issue, and most importantly, failing to ask the right questions.

The arguments, as I've seen them, are as follows (in order of how much they irritate me, most to least):

1. Protests against "Political Correctness": These arguments go something as follows. 'We've all gotten way too PC and Twain would be turning over in his grave.'

To me, tooting on the 'it's too PC' horn is just lazy. The fact of the matter is, there are social mores we all follow and these do change with time. Just as it is illegal to falsely yell 'fire' in a crowded movie theater, or unacceptable to run naked through most suburban neighborhoods, it is similarly unacceptable to call your female co-worker "sugarlips" or some other demeaning name (no matter how many times they do it on Mad Men). These are the facts, folks. Social mores change. The n-word was a product of its time, yes, but it was and still is an epithet and as such is offensive and unacceptable in modern life. Period.

2. Protests vis a vis. Twain's intentions: These arguments tend to suggest that Twain used "the n-word" in order to highlight the character Jim's marginalization and also shed light on the racism of the time. This argument I can hang with, to some extent, but I draw the line at treating Twain as someone who was not somehow a product of his time, class and race. Twain's portrayal of Jim is far from non-racist, although, yes, he does also illustrate and in some ways critique racism, and portray Jim as ultimately heroic.


3. Protests against sanitizing and rewriting America's racist past: This argument is made most elegantly in this article by Jamelle Bouie in The Atlantic which suggests:


But erasing [the n-word] from Huckleberry Finn—or ignoring our failures—doesn't change anything. It doesn't provide racial enlightenment, or justice, and it won't shield anyone from the legacy of slavery and racial discrimination. All it does is feed the American aversion to history and reflection.


While I definitely agree that Twain's language - whether difficult to swallow for present readers or not - is an important part of our consideration of this text (indeed, it's the fact that his language is difficult to swallow that is a critical part of contextualizing Huck Finn), I think there is more nuance to the argument than simply censorship vs. no censorship.

First and foremost, what I'm not hearing enough of on the web is that this is a book for young people - and we must consider it as such.  (although this pro-Bowdlerizing author at Mother Jones did suggest that middle and high school teachers are unable to teach a book with 219 appearances of "the n-word." And if un-Bowdlerized, the original version of Huck might only be appropriate to teach at the college level)

As one commenter to Bouie's article suggested, what's at stake here is nothing less than the sole African American middle schooler in an all white class who has to sit and listen to her classmates say the "n-word" gleefully, repeatedly, followed by other offensive comments which they somehow now feel justified in making because of their teacher/school's sloppy handling of the text. To teach any text without contextualizing it is lazy, but to teach a text with racial epithets in it without historicizing it is irresponsible.

Perhaps we, the adults who should know better, should be asking ourselves certain critical questions,  rather than getting caught up in arguments about what is "too PC."  Such questions include: what counts as canonical literature? who gets included in the canon and why? and most importantly, how much of an effort are we adults making to broaden our own literary and other exposures so as to broaden our children's?

As I concluded in my discussion of the Little House books, what is called for here is not Bowdlerization persay of certain agreed upon canonical texts, but rather, adults who aren't afraid to re-examine long held beliefs about how to teach, how to read, and what to read.

Yes, it is about taking responsibility to discuss America's legacy of racism explicitly and thoroughly with our young people. But it is about simultaneously providing them with a broad-ranging, heterogeneous canon - Western and non-Western, white and of color. Let's use this controversy about Huck Finn to acknowledge that 'classic children's literature' is not a narrow stream, but a great, big river.
Posted by Sayantani at 6:27 PM 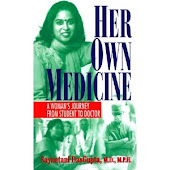